In December, a hero named Mr. William, called me to reserve a seat in one of my CPR Classes. He had an app downloaded on his cell phone called “Pulse Point” and with that app he had been at the right place to administer CPR when the alert came through on his phone not once, but on two occasions. After the first alert, he went and purchased an AED, just in case a need should arise again. This private citizen not only took the time to pursue my training, but he actually cares enough to be prepared that he purchased a device, costing roughly $1200! CPR Delaware celebrates quality humans such as Mr. William.

In recent months, many more people have called explaining that they don’t need the training in order to be certified at work, rather they have family and friends with increasing rates of heart conditions. Some have expressed concern that because they are retired or “up in age”, or that they may not be able to have the confidence in their ability to sustain a life using CPR. To this I say, I have had students as old as 90 effectively complete the training. Something is always better than nothing! With the training you will be better prepared for an emergency, no doubt about it!

I do hope that Mr. William will be an inspiration for more compassionate citizens. 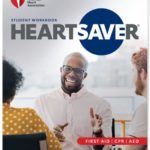